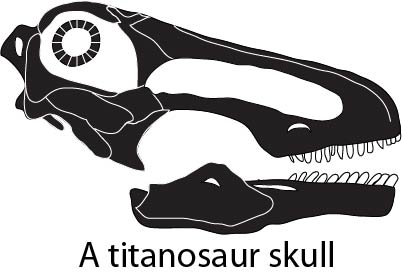 Researchers lead by Hans-Dieter Sues from the Smithsonian Institution described a wealth of new giant, long-necked dinosaur material from Western Asia (Uzbekistan). They were able to reconstruct what the brain looked like and discvered the dinosaur, part of the lineage called “titanosaurs”, is closely related to animals from the far East of Asia, places like China and Laos. They decided there wasn’t enough of the giant to give it a name, but they know it and its relatives were able to make a living across the diverse enviroments of Asia 90 million years ago. This is further evidence that tintanosaurs were successful for much of the Age of Dinosaurs both on the Northern and Southern continents.