Genes were the stars of Jurassic Park and the movie taught us what the near genetic future might be.

In 1993 I lusted for the Jurassic Park action figures. The new, brainy Velociraptor and sleek Tyrannosaurus needed to be added to the toy box to replace the tubby, tripod dino figurines I had collected through a handful of birthdays and dozens of museum visits. In 1993, the Jurassic Park dinosaurs were state-of-the-art. But in 2015 the new Jurassic World toys are already scientifically obsolete, tokens of the ’90s as quaint as a Spice Girls CD.

There has been a lot of discussion in the paleontological community about the scientific shortcomings of the dinosaurs and other prehistoric beasts found in Jurassic World. For example, the scientific consensus is that Velociraptor and its close kin were covered in feathers. Birds inherited their plumage because that’s what their dinosaur progenitors had, not because feathers are required for flight.

Paleontologists see Jurassic World as a missed opportunity to get the world caught up with the latest paleontological research and maybe introduce more actual dinosaurs to the public imagination (and there are more all the time), rather than conjuring up the invented Indominus rex. Before Jurassic Park dromeosaur dinosaurs could only be described to a lay audience as small versions of T. rex. Jurassic Parkexposed the world to the word “Raptor” and the animals with the crazy toe claws could be admired on their own terms, even replacing T.rex as my answer to the perennial “What’s your favorite dinosaur?” stumper.

I share some of the frustration experienced by my paleontological colleagues, but  we miss the larger scientific impact Jurassic Park had on the public imagination. Sure it gave us fast, smart dinosaurs, but the most important lesson came from a minuscule molecule, not a hungry Brachiosaurus. Jurassic Park taught us about DNA.

When my new Jurassic Park dinosaurs joined my other animals, my play involved explaining the genetic modifications that lead to the pink-spotted giraffe that was attacked by T. rex and the genes that had to be combined to make the dragon that swooped in for the kill. Jurassic Park built the foundations of a public understanding of genetics and framed the the moral conversations that swirl around genetics and the implications of genetic engineering today.

Before Jurassic Park, geneticists were limited by the words they could use to explain what they studied. The point of reference for most people was test tube babies and Brave New World. DNA were just three letters that had something to do with a ladder and cells. After Jurassic Park, millions of people knew that ladder was the code of life: a computer metaphor for a public embracing home PCs and listening to the first beeps of an AOL sign-in. And just like a string of code, Jurassic Park showed DNA could be hacked. The implications of the power to manipulate life with a few keystrokes made terrifying science fiction.

While other pieces of pop-culture may have come along to teach the world about genetic engineering, none of them are among the top-grossing movies of all time. And, just as the world was equipped with a crash course in cloning thanks to Mr. DNA, it was also warned that these new technologies had serious implications thanks to a venomous Dilophosaurus.

In the 1990s a single company sequencing entire genomes of multiple species was as impossible as hatching a T. rex. But in 2003 the Human Genome Project announced they finally knew what was in our own species genetic code. Now a genome can be sequenced in less than a day. The tools for manipulating that code are also changing rapidly as techniques like CRISPR/Cas allow geneticists to quickly target and change portions of a genome with greater precision than ever.

As Jurassic World rolls out, I know it won’t start any cutting edge conversations about Velociraptor, but I do wonder if it will help reframe the conversation on genetics. Genetic engineers have developed cancer fighting gene therapies and draught resistant crops. They are not hubristic automatons pushing scientific frontiers just because they can. But now there is a need for a nuanced conversation about what we do and do not want to use genetic research to accomplish. It’s a hard conversation to have. Maybe Jurassic World is just the $170 million thing to make us have it. Or, maybe the movie’s moral questions about genetic engineering will just perpetuate a conversation as retrograde as its dinosaurs.

Also, we’ll be off the grid until September working on finishing our dissertations. We will be back! There are so many new studies, voices, and insights from the past to share with you. We just need to get through this graduate school thing… 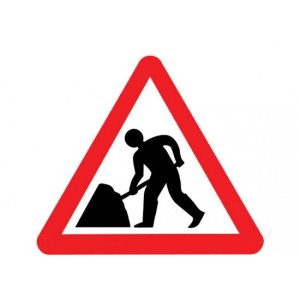