The oldest basilisk lizard from North America, described by Jack Conrad from NYIT College of Osteopathic Medicine, shows the 48 million year old animal was part of an ancient lush jungle ecosystem…in the middle of Wyoming. The beautifully preserved skull has important stories to tell about the evolution of the lizards most famous for their ability to scamper across the water, but it also reveals what North America was like during a greenhouse world that wasn’t all that different from what our planet’s future may look like.

Here’s the link to the original article.

And here’s what some modern basilisks can do when they get near the water’s edge: 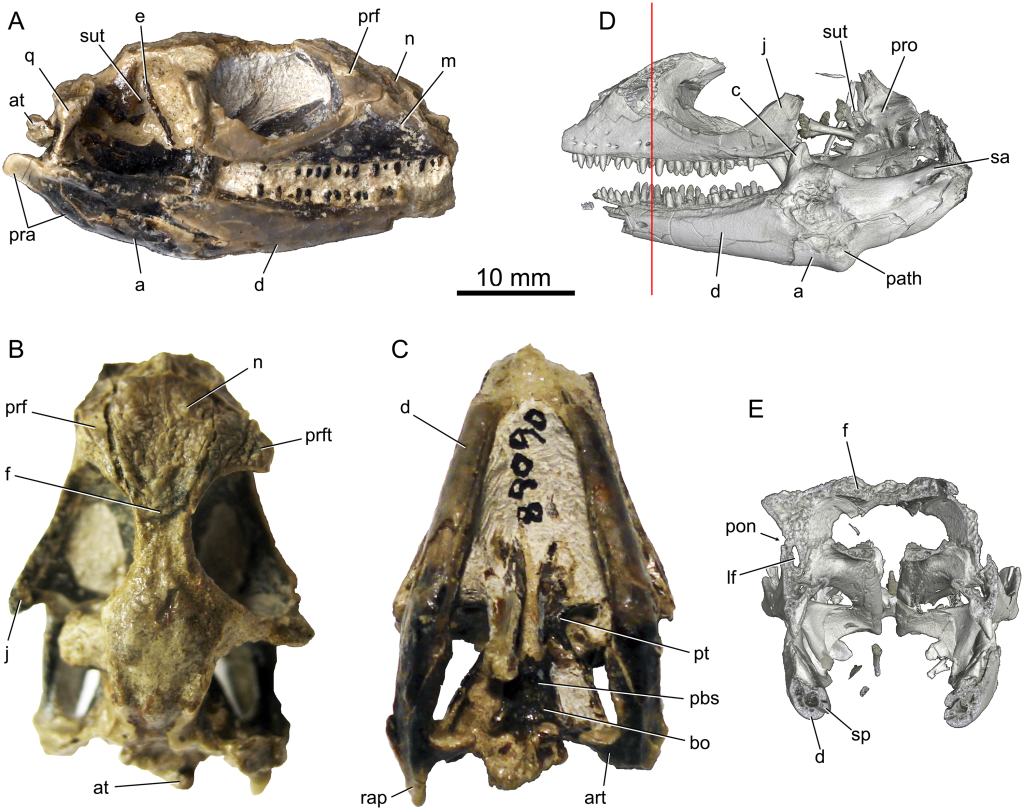